SouthEastAsia 5 - Long way home with the A380 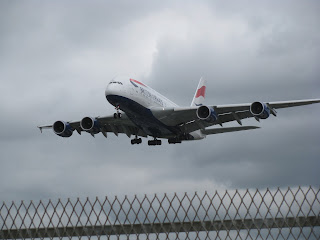 Welcome to the fifth and final part of my blog series about the travels to South-East-Asia. This part will cover the return flight on British Airways from Singapore to Stuttgart via Heathrow and Madrid. The leg from SIN to LHR would be my first flight on the big Airbus and also my longest flight distance-wise so far.

There aren't too many pictures on this report, since the main flight was completely through the night and I was quite tired by the end. The picture above was actually taken on a later trip to London Heathrow.


After a nice day visiting the city of Singapore I took the Metro back to the airport. The terminal buildings are really nice, quite roomy and a lot of green everywhere: 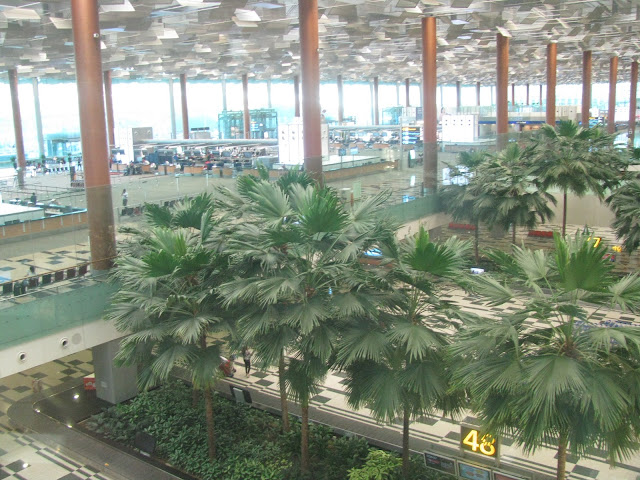 There are not too many good views onto the apron though, this was the best I could manage: 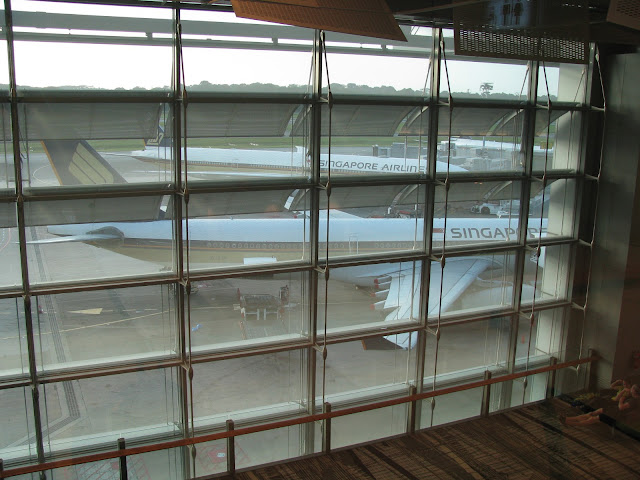 Got my boarding passes then and went for something to eat. A large bowl of noodles with beef and veggies, together with an ice tea was just right at this time: 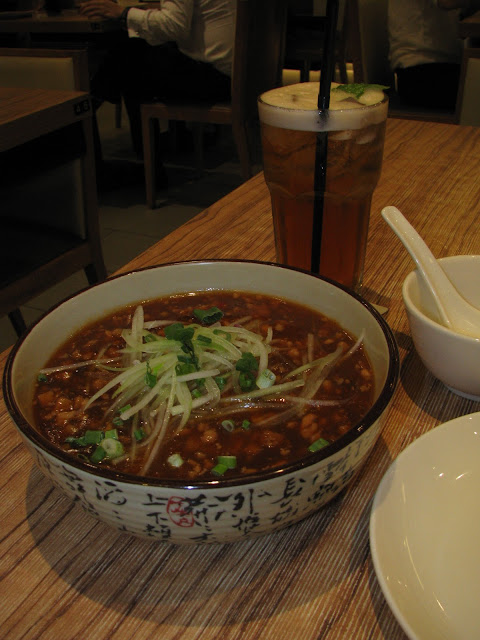 Still a bit of time to wander around in the terminal:


Towards my gate next, and there it was, the big airbus that would take me all the way to London this night: 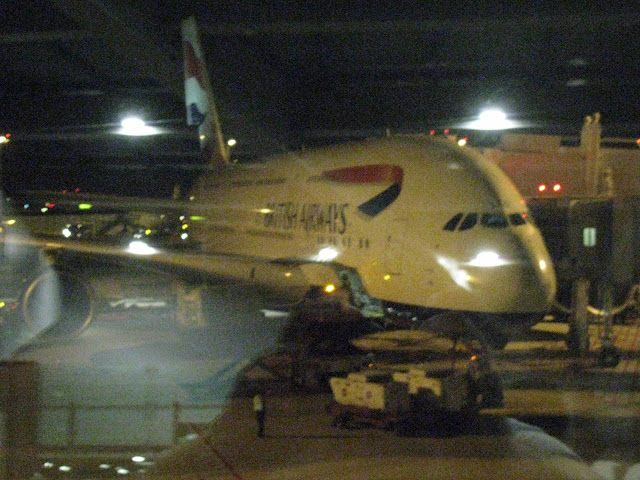 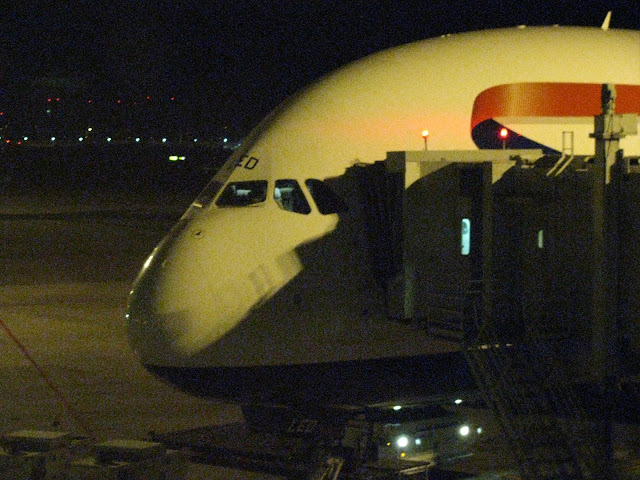 So G-XLED would by the first A380 in my log, built in 2013 and in the air for BA since then. Boarding started then, it was quite orderly but of course with such a big bird it took a while, looks like the flight was quite full.

I settled down on my window seat, seat pitch was actually quite ok and the seat was wide enough to feel somehow comfortable even for a long flight. Seats next to me where taken by an elderly French couple. Departure then on time and shortly after reaching cruise dinner service started. Food was nothing to write home about, beef with potatoes and vegetables, a small and rather mediocre salad and a piece of cake which was the best thing of the meal. I was glad I had that noodle bowl before at the airport. 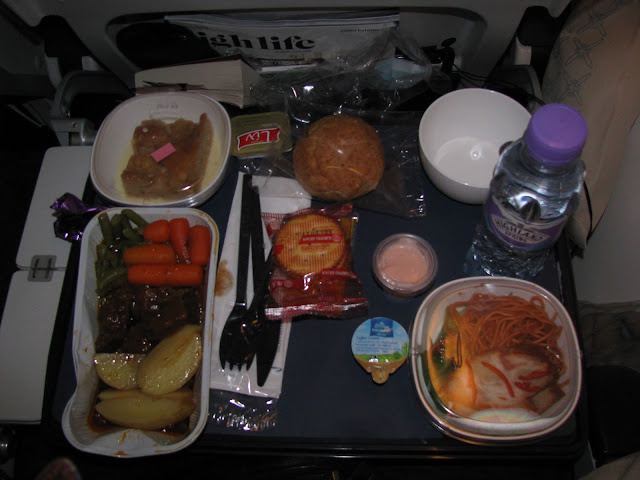 And for the remainder of the flight I tried to relax, watched a couple of things in the IFE and even managed to catch a little sleep. All in all the flight didn't feel that long and after a small breakfast (I was too tired to take a picture of it) we landed in LHR even a little before schedule.


Back in Europe now but still two more flights to get home. Next leg would take me down to Madrid on a BA airbus A321 which was already at the gate by the time I got there: 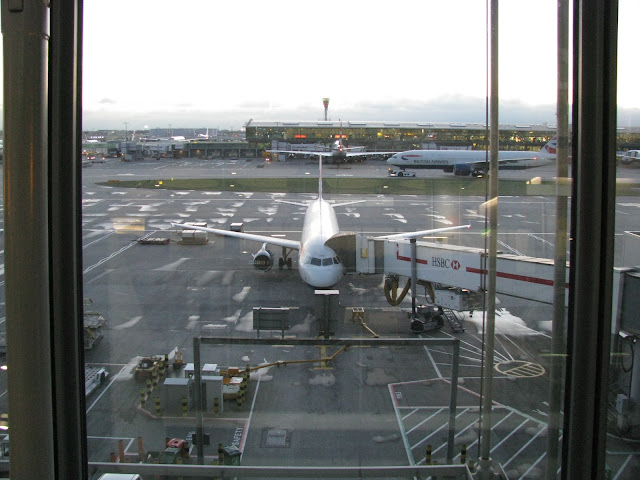 Again it was a pleasant flight, beautiful weather on the way and even a little snack for breakfast. Just a few impressions:


This Iberia Express flight was the cheapest option to get me back to my homebase. Had to wait 5 hours though in Madrid, but after all not a big problem, I found myself a quiet corner and just relaxed. During online checkin the system selected a middle seat for me and I couldn't change it, so I went to a checkin desk to ask for a change to a window seat, but they really wanted to charge me 20,- Euro for this, no, thank you very much.

Therefore also not many pictures from this flight, just one in Madrid of the plane, and one after landing in Stuttgart: 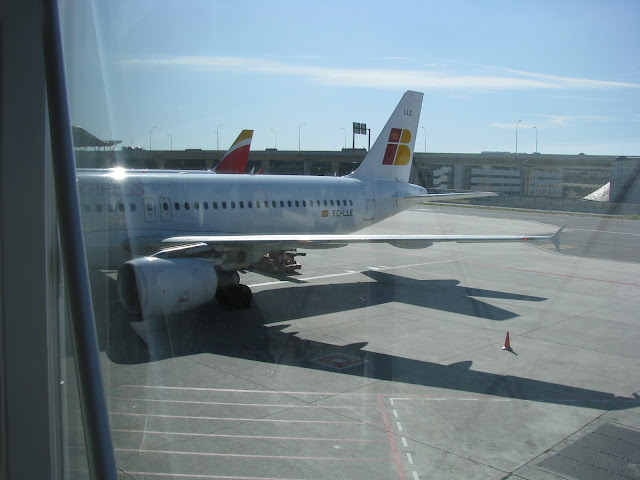 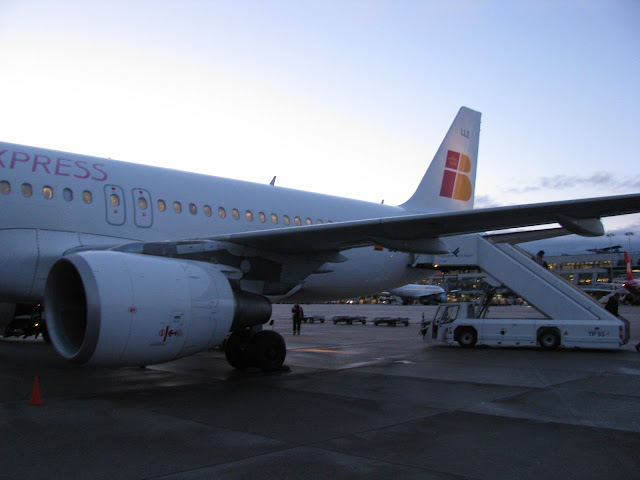 And so this awesome trip came to an end. 9 flights in 7 different countries within just about a week, not bad. The two long-haul legs with British Airways were ok, professional and friendly service, downside the uncomfortable seat pitch on their 787 though, the A380 was much better in this regard.

I had a really great time on this trip, South-East-Asia is a fantastic destination to travel, with great cities, beautiful scenery, and super-friendly people. My personal highlight this time was the day of touring the island of Bali, a truly magical place.

And so this blog report series come to an end, I hope you enjoyed reading it, and as always, stay tuned for more!