With Garuda to Amsterdam

Published by CaptainRed on December 27, 2017 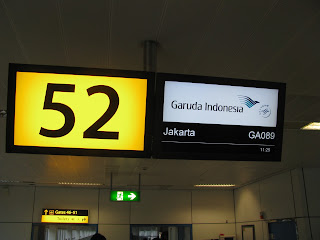 How about another fifth freedom flight? Trying out an airline from far away on a European short-haul flight? Sounds like fun, doesn't it? Alright, let's go for it.

For a few years Indonesian airline Garuda had a flight from Jakarta to London Gatwick with a stop in Amsterdam, usually operated with the awesome Boeing 777-300ER. And since you could book the AMS-LGW-AMS add-on separately I decided to go for it. Competition on this route is quite high, so the price was quite reasonable and I booked the flight from Gatwick to Amsterdam on a random Wednesday in October 2015.


The weather on the day of the flight was just terrible, low clouds, windy and rainy. I spent the night before in a rather mediocre but cheap B&B near the airport and so it was just a short ride to airport. Security was easy this morning and I headed directly to the gate. And there it was, the mighty Triple Seven that would take me to Amsterdam today: 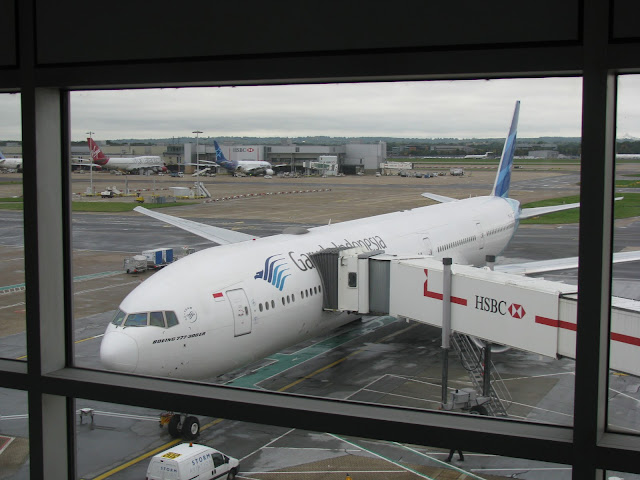 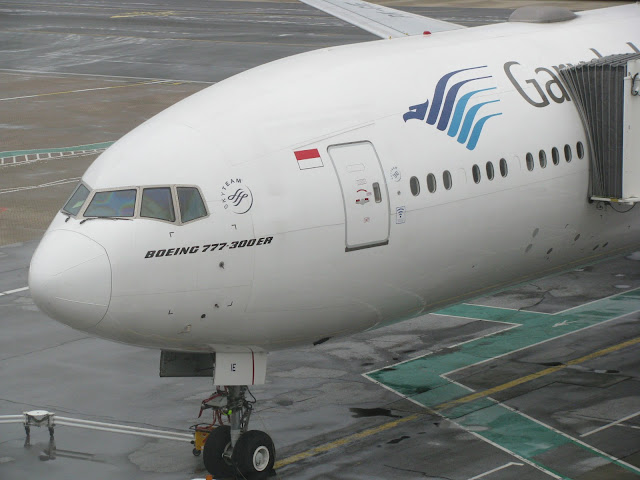 Some other planes were around as well, like the Virgin 747 or Norwegian just about to land: 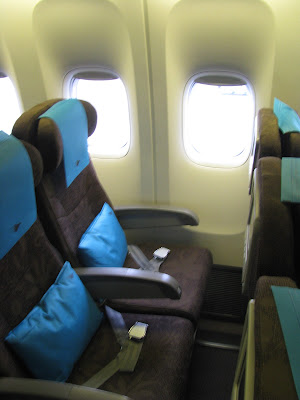 Time to board then, a friendly greeting by the flight attendant and I was directed to my seat 43A, at the window of course. The seat was comfortable and seat pitch also adequate. And with the 3-3-3 seat arrangement there was also enough space to the sides. Certainly no problem to spent even the long ride to Jakarta in it. The colorscheme of the cabin might not be everyones taste but I found it actually pleasant.


A short welcome-on-board by the Captain and pushback started right on time, followed by the sweet sound of the two mighty GE90s spooling up. On the way to the active I spotted this BA 777 just passing underneath the iconic passenger bridge of Gatwick: 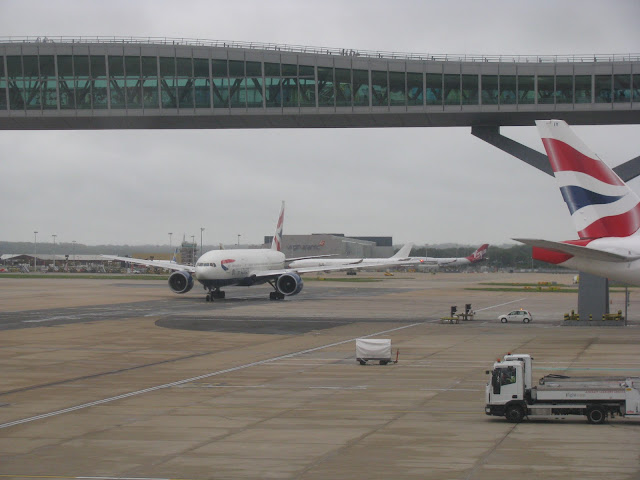 And looked like this easyjet Airbus could easyly taxi under our wing: 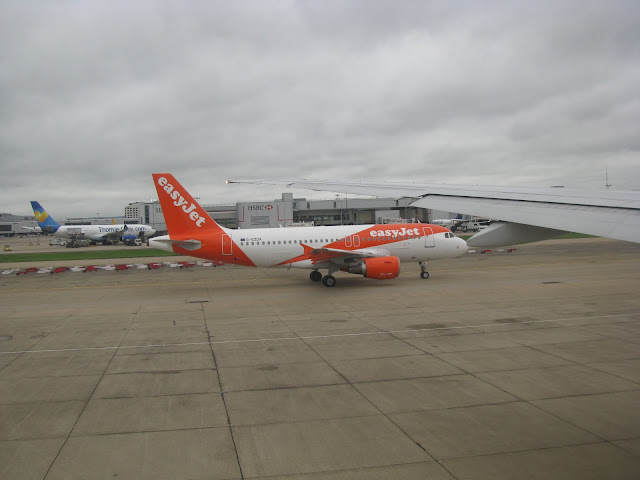 A quick and powerful take-off run then and up in the air: 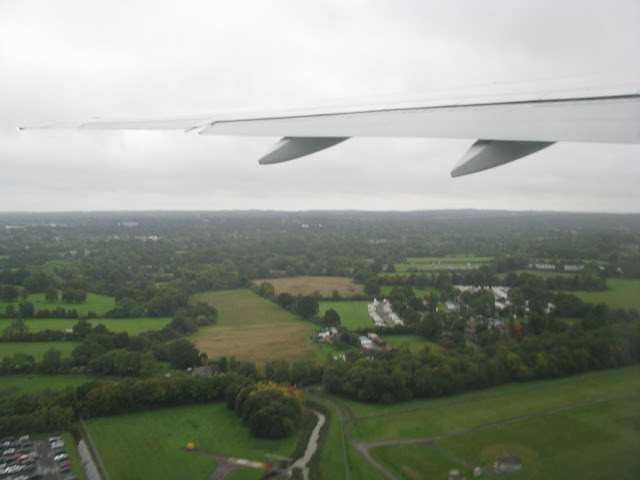 Into the clouds shortly after. And then finally some sunshine, always a wonderful moment of any flight when breaking through the clouds: 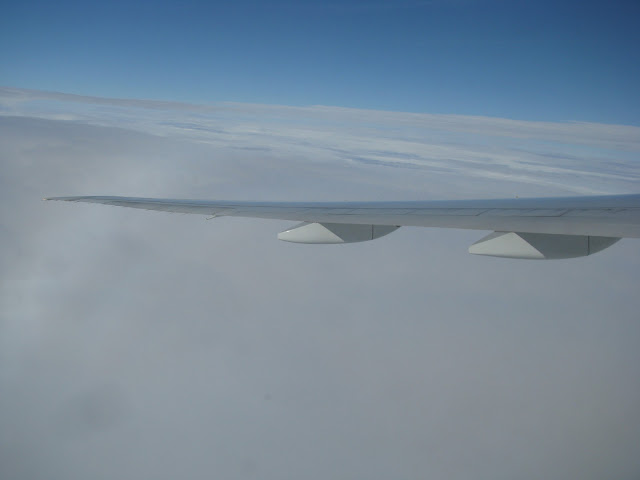 The airshow was on the whole flight: 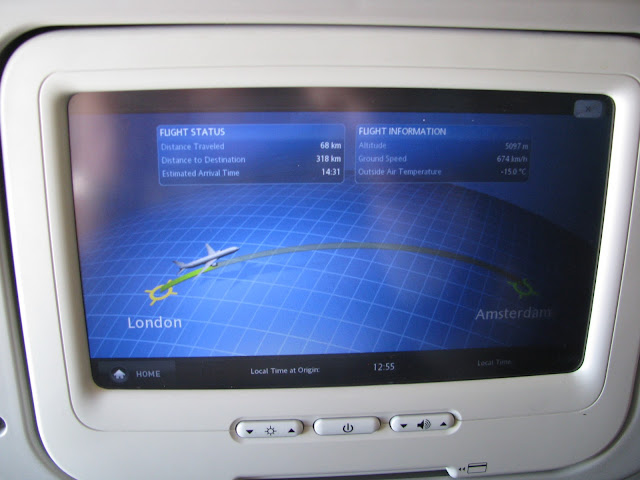 View of the cabin, as you can see the load was pretty low on this sector (I ended up with a whole three-seater for myself 😀 ): 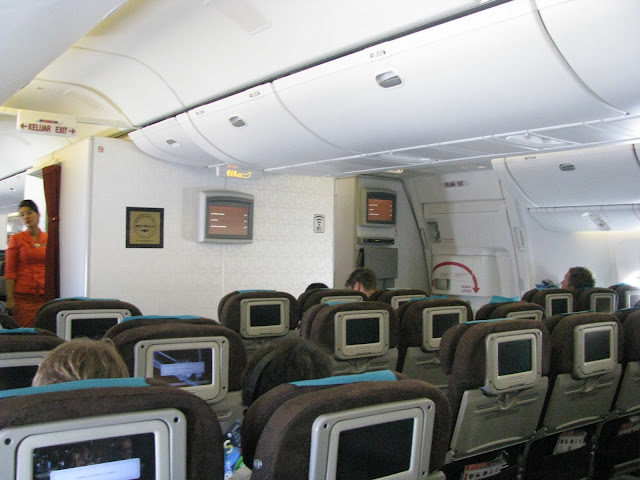 Let's have a quick look into the seat pocket, something for your safety and the Colours inflight magazine:
I wasn't expecting much in terms of service because of the short flight length but I was pleasantly surprised. The crew distributed snack boxes for everyone together with a small bottle of water. The box contained a tomato-wrap and a small cake. Not much but it tasted fine and it hit the spot nicely:
The service was done in a really friendly and relaxed way. And as the trash was collected descent had already started into Amsterdam Schiphol airport. Weather here on this side of the channel was even worse than in England, so again only a few blurry pictures: 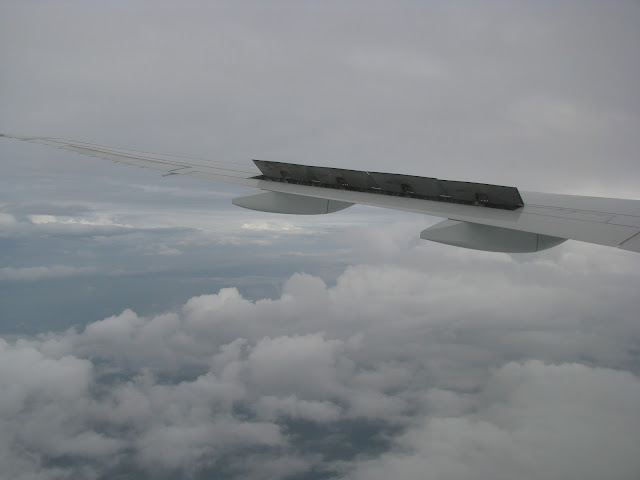 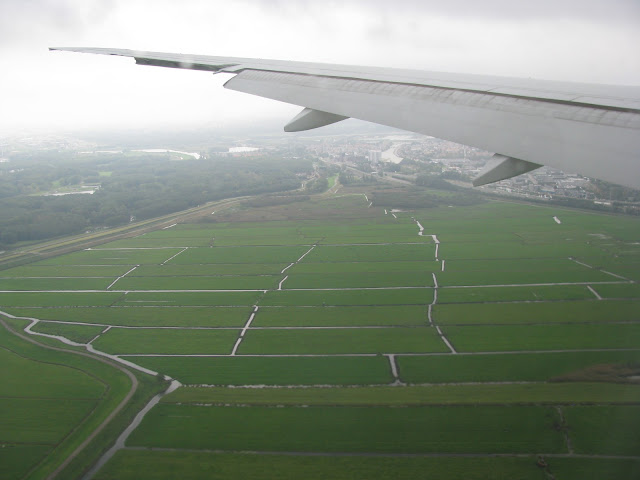 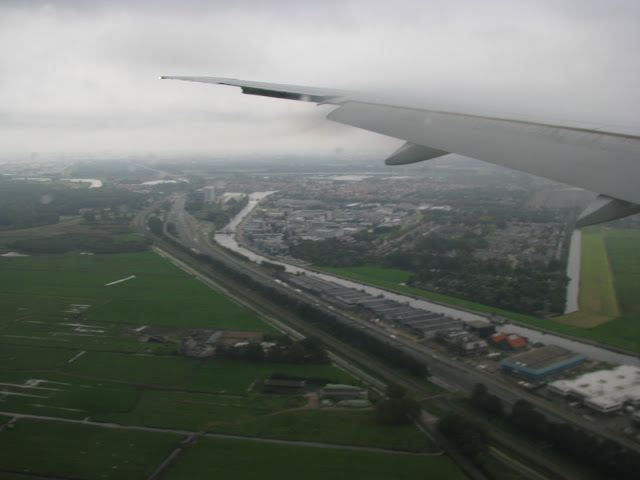 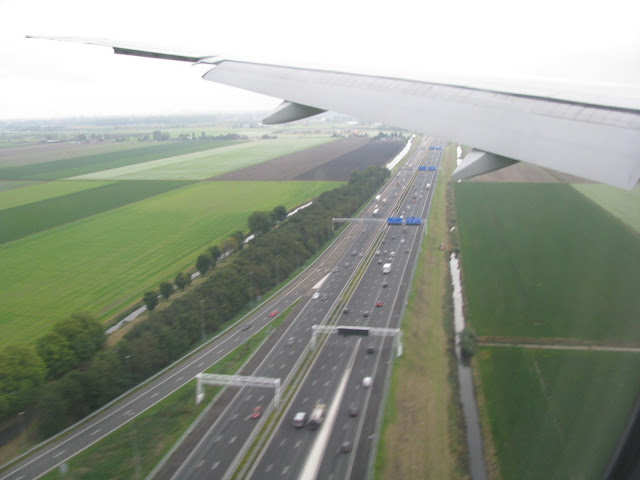 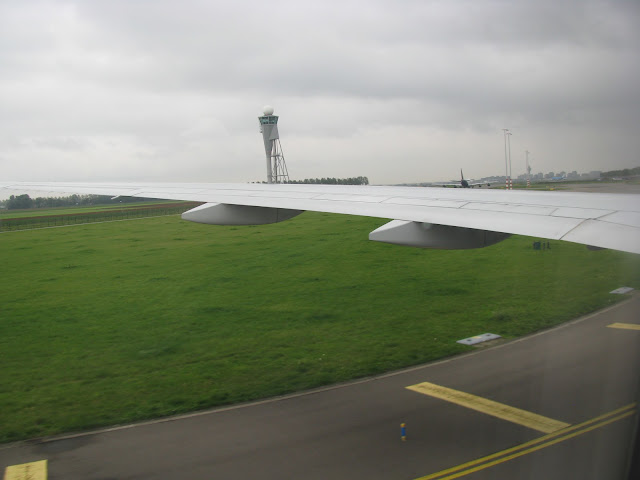 As we reached the gate it was pouring down heavily, so I couldn't even get a decent picture of the Emirates A380 next to us: 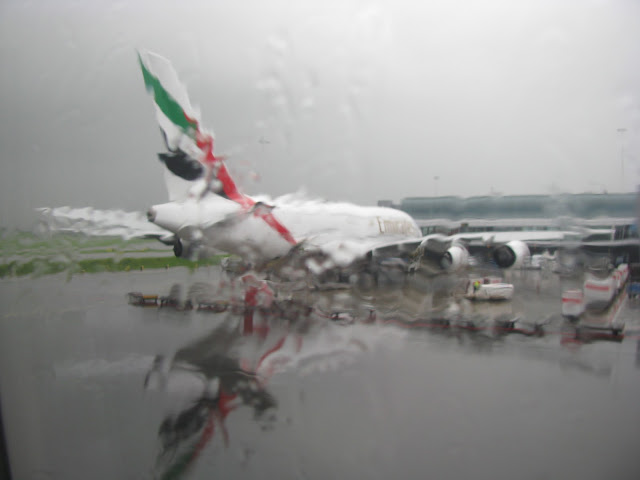 Then this short flight already came to an and. On the way out I saw this sign, apparently Skytrax rated this airline as the best economy class in the world: 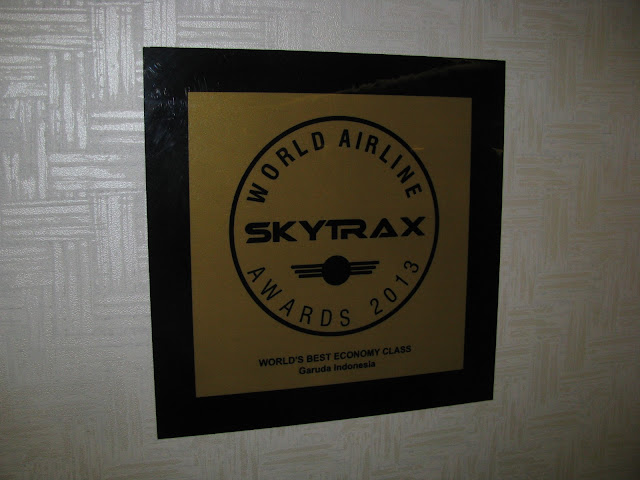 And for sure it was a good experience on board of Garuda. It was just a very short hop and the low load of course also helped but I really enjoyed the time on board. I would have no problem to fly them also on a long-haul flight.

And with one last picture of the Triple Seven at the gate in AMS I want to conclude this report. Hope you enjoyed reading it, again sorry for the bad pictures, and stay tuned for more. 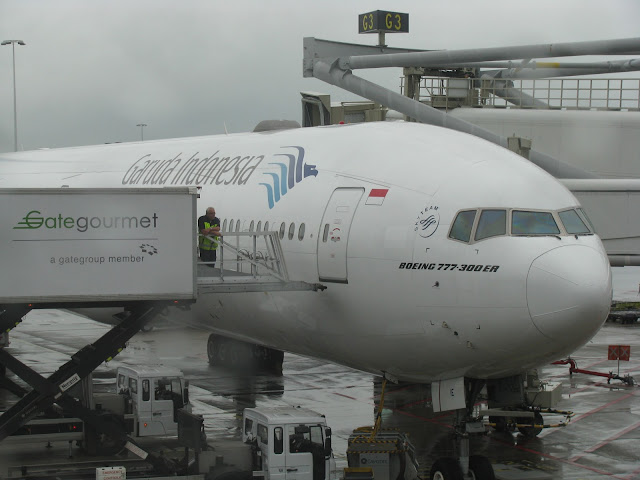